This is the sixth in a series of several posts on how to do way more than you really need to with Let's Encrypt, certbot, and a good server. I use all of these things regularly but I've never taken the time to take them apart, look at how they work, and spend hours in Google trying in vain to figure out how to put them back together. It was inspired by a disturbing trend of ISP privacy violations and the shocking regulatory capture of the US Federal Communications Commission.

This post looks at several different ways to automate cert renewal. I tried to cater to everyone by including cron and systemd options. If you don't have your server set up to send emails, you might want to do that first.

You can view the code related to this post under the post-06-automation tag. If you're curious, you can also check out my first draft.

Now that everything's installed and in place, we've got to think about keeping the cert current. Let's Encrypt certs have a 90-day lifetime, which is substantially shorter than a typical commercial cert. certbot is built to handle automated renewals and can update everything in place without any intervention on your part.

If you try running certbot renew right now, you'll probably get something like this:

While the cert isn't due for renewal, we can actually test the renewal process like this:

This is useful to make sure everything's in place for automation.

You might have noticed the Dry run: skipping deploy hook command line in the output. certbot can run commands or scripts at several stages in its lifecycle. You can either add hooks via flags every time you renew, or you can offload them to executable scripts in /etc/letsencrypt/renewal-hooks.

For this example, all I'd like to do is restart the server process following successful renewals. Assuming we've got a local script capable of that called server-reboot, this should add it to certbot's pipeline.

The official documentation suggests running an automated renewal task at least twice a day (e.g. the CentOS instructions; scroll down). certbot also asks that you run it at a random minute. To make things easier later, let's isolate our renew command:

Adding extra flags is straightforward. renew only exits with a nonzero code if the renewal failed (paragraph right above the link), meaning the skipped renewals we saw earlier don't generate any traffic. They do, however, send many things to STDOUT, which is enough to trigger cron's mail action. The quiet flag suppresses STDOUT, so you won't get multiple emails a day letting you know certbot did nothing. If you're into that you don't have to use it.

Most of the solutions I've seen for the randomness do some cool stuff with advanced PRNG and then pass the result to sleep. There's nothing wrong with sleep if you're pausing tasks that don't actually need to run. Anything that kills the thread kills the task.

at provides a much better solution because, via man at,

The at utility shall read commands from standard input and group them together as an at-job, to be executed at a later time.

In other words, at is a single-execution cron. It manages an at queue, most likely accessible via atq, which means random power failure or accidentally nuking a remote session won't kill the delayed task. Of course that means some setup is required:

The simplest at solution triggers a script like this NUMBER_OF_DAILY_RUNS times per day.

A slightly more involved at script calls both the task and itself.

With or without at, you've got to ensure the task is actually being run.

If you're not changing the time in the script itself, you probably don't want to use 0 0,12. This launches the task at 00:00 and 12:00 every day. If launching means at assigns a random time, or checks to see if it's running, those times aren't a problem. If you're actually hitting Let's Encrypt every day at that time, that's not a great idea.

(Note: my systemd knowledge is still pretty rudimentary. I'm using to userspace cron. If you see anything I can improve, I'd love to know about it!)

To run it regularly, we also create a timer: 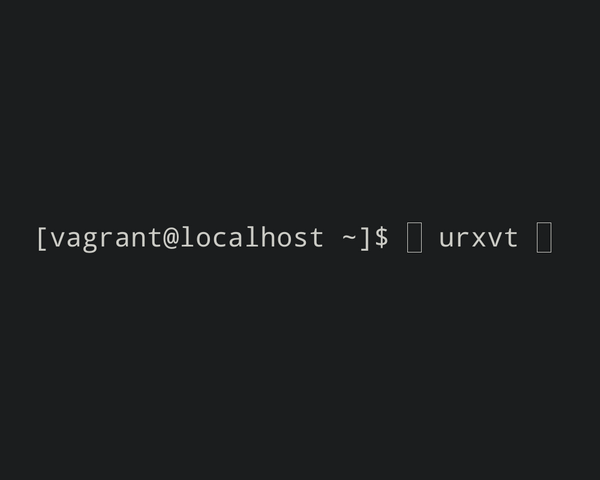 This post breaks down building rxvt-unicode from source. It's targeted to Fedora 27 but might be useful elsewhere.

This has been sitting in my drafts for some time. Based on some of my experiences this week and some of the stuff we're trying to do at work, I'll probably have more PowerShell soon. Unfortunately. RandomizedPort.psm1 1 2 3 4 5 6